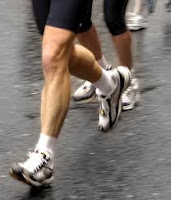 David, a high school physical education teacher, had run a half marathon the week before the 9Health Fair. He has been looking good and feeling healthy.  Although David is a long time 9Health Fair attendee, this particular year he waited until the last day and practically the last minute to attend. He almost didn’t make it. As it turns out, it is a good thing he did.
David believes he takes good care of himself. He has always had regular check-ups with his doctor and makes sure he does all the tests he needs to for his age. In fact, knowing the tests he needs is what prompted David to request the PSA level blood test this year. Even though his physical tests have never revealed any issues and he hasn’t had any symptoms indicating a problem, he thought that having the blood test would be a good idea.
It was a good thing he did. Not long after attending, he received a call from a representative with the 9Health Fair. His results came back and his PSA level was extremely high – 13.5 (the highest normal level is 4.0).
It was recommended that he see his doctor as soon as possible. After the doctor repeated the test and got the same results, a biopsy was taken. The results were stunning – stage 2 prostate cancer. It was found early enough that it had not spread, and David had surgery to remove the cancer. He has had normal PSA levels ever since.
“9Health Fair saved my life.” David said. “I tell every man I know around my age to have this screening.” David owned his health, took action based on the 9Health Fair test results and is now able to keep on running.