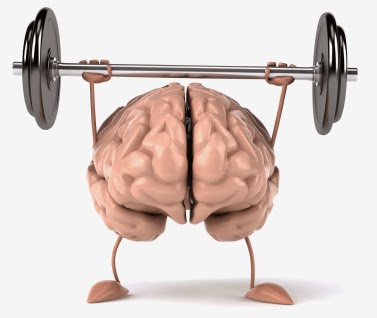 We all know that exercise is good for your heart, your lungs, your muscles and your overall well-being. It can also improve memory and other brain functions, but those studies have mainly focused on the gray matter in your brain. The gray matter is involved in muscle control, and sensory perception such as seeing and hearing, memory, emotions, speech, decision making, and self-control.
Now, new research says that fitness boosts another kind of brain matter – the white kind. White matter fills half the brain and helps transmit electrical signals that carry the important messages between neurons from one brain region to another. It plays a critical role in helping a person master a variety of mental skills.
This increase in white matter has been found in children, adults and the elderly. According to one study, children who are physically fit showed substantial differences in the characteristics of white matter, and all of them have been found to show an increase in attention span, cognitive efficiency and memory. In fit children, white matter appears more compact which means that nerve activity moves faster and more efficiently.
Like everything else in the body, as people age, the white matter fibers that allow communication between the brain regions also decline. However, if older people continue to exercise, they keep the white matter compact and often times retain memory that might otherwise begin to fail. If damage occurs to the brain’s white matter or aging takes place without a person staying physically fit, it has been found to be an indicator of potential memory problems and dementia.
“Engaging in regular aerobic exercise has been found to improve learning, memory, and self-control,” said Hollis C. Karoly, a graduate student at the University of Colorado at Boulder, and also the corresponding author for this clinical and experimental research. “This seems to be particularly true among older adults who exercise regularly, which suggests that exercise, may prevent a natural loss in cognitive functions that occurs as people age. Additionally, exercise has been shown to protect white matter in the brain from damage associated with aging and various diseases.”
So take the time to care of your brain by being more active! Mild to moderate exercise is the key to good health no “matter” how you look at it. Share your daily exercise routine with us! And review your 9Health Fair blood test results with your doctor to make sure you are headed down the right road.