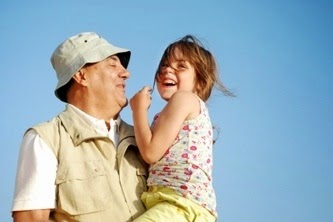 After a full day at work fixing hot water heaters and steam boilers as a mechanical engineer, Bill was not surprised that he sometimes experienced stiffness in his joints. However, he hadn’t given it much thought over the last year. He just figured that’s the price you pay as you get older.
At 57 years of age and feeling healthy, Bill and his wife, June, attend 9Health Fair because it is so convenient and it is an easy way to get their blood work done. Relocating to Denver from Chicago, they were thrilled to find out about 9Health Fair– they didn’t have anything like it in Illinois!  Their first time attending a fair was in the spring of 2013, and they both had a clean bill of health.
Impressed by the comprehensive information from the Blood Chemistry Screeningin their first 9Health Fair experience, Bill and June decided they should go again in the spring of 2014. This time, just two days after attending the fair, Bill received a call from a 9Health Fair nurse.  Bill’s results showed abnormalities and a low white blood cell count.
Bill followed the 9Health Fair nurse’s recommendation to see his primary care physician. His doctor wasn’t sure how serious this was, and told Bill he wasn’t too worried – but if it would make Bill feel more comfortable, they could do a series of tests to see if anything severe showed up.
Bill opted to undergo a liver biopsy and a bone marrow test, which led to a leukemia diagnosis. He was shocked, but now this joint stiffness was starting to make sense.
Because the leukemia was caught relatively early, Bill’s treatment plan was mild. His doctor even suggested that he and his wife take a nice vacation before starting treatment. Instead, Bill started treatment right away. He scheduled it in such a way that he didn’t need to take much time off work at all; he only missed four Fridays. He also noticed that after his first chemotherapy session, the stiffness in his arms began to dissipate.
Bill is now cancer-free, and  will continue to have regular check-ups to monitor his health. He thanks 9Health Fair for offering this all-inclusive Blood Chemistry Screening that was able to easily uncover a serious health issue. The Blood Chemistry Screening gave his doctors all the information they needed to order the appropriate follow-up tests, which saved Bill from having to undergo more unnecessary diagnostic testing.
Bill is grateful to have the energy and flexibility to play with his two young grandchildren again. He now tells all of his friends to go get their blood checked at a 9Health Fair. He says you never know how you’re really doing. “Go every year to a 9Health Fair and keep track of your blood work – it’s so easy!” Bill says to everyone he knows.
Now is the perfect time to visit a Family 9Health Fair to receive the low-cost Blood Chemistry Screening. Family 9Health Fairs run every weekend until November 8. Find a fairnear you – the results will provide you with the information you need to live a healthy life!
Has 9Health Fair changed your life?  Share your story with us!