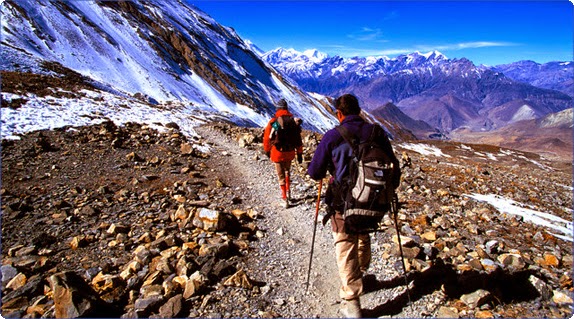 For Scott, every day is about exercising and taking care of his health. He is an avid bicycle rider and pushes himself on some of Colorado’s steepest riding hills. He also loves hiking and traveling. He and his wife recently returned from trekking Nepal, an adventure they have dreamt of for years.
At the age of 72, Scott is proud of himself for eating a healthy diet and attending a 9Health Fair every year. He primarily attends the fair for the Blood Chemistry screening; he likes to keep tabs on his cholesterol numbers.
Each year when he receives his results, he sends them to his doctor, Susan, and then reviews them with her at his annual physical. In 2013, she became concerned about the direction Scott’s results were going. They had changed quite a bit from previous years. Scott wasn’t too surprised by this, as he had noticed his bike rides were becoming more strenuous, especially when he was climbing hills, so his doctor’s concerns validated the feeling that maybe there was something going on.
An ultrasound was ordered to look at his carotid artery, and to his surprise it showed unhealthy signs of plaque build-up. The next steps were an appointment with a cardiologist, a stress test and then a procedure at the catheter lab where a stent was put in the left anterior descending artery. It was 95 percent blocked and caught just in time.
This was a scary and shocking experience for Scott. He thought, because of eating so healthy and being so active, there was no way he would end up with a problem like this. He later found out the cholesterol issue is a hereditary one, not a dietary issue.
After this experience, Scott has been preaching to his friends, expressing the importance of regular 9Health Fair attendance and annual doctor visits. Scott believes the red flags shown on his 9Health Fair results saved his life. He is truly thankful for the opportunity to be able to monitor his health in such a fast, affordable and convenient way.
Follow Scott’s advice and head to a 9Health Fair this spring. There are over 130 locations around the state. Visit our Find A Fair page for a location near you! It’s important to know your numbers and keep track of your health!